These are the best sounds that have come out of a pair of Beats headphones... PERIOD. End of review. Behold, Apple's first on-ear noise-canceling headphones.

Ok, we will give you more, but just know that these are not your older cousin's Beats. These are a more refined sounding, less bassy, set that can play ANYTHING well, from rap to podcasts, alternative to classical.

The drivers are powerful and well rounded for all sounds. Beats is growing up as a company and are more inline with a Bose sound.
Another big feature is the ANC. The headphones have a system built in that measures outside sound and sends out an opposite patterned waveform to cancel it out. With the volume all the way up on a rap song and ANC on, I was clapping as loud as I could and as close to my ear as I could and I honestly could not hear a thing. It was a trippy experience because I know I was clapping, but could not hear it at all.

Now, a spoken word podcast and ANC didn't have the same effect but other sounds like the TV, child playing, etc... disappeared. The ANC was a huge upgrade from other headphones we have tried as well. Not to mention that the ear cups create a decent bit of PNC as well. The ANC is a battery hog and you'll probably want to leave it off in situations when you don't need to isolate audio. To turn off ANC, all you have to do is double-press a small button at the bottom of the left ear cup.

The Solo Pro actually has three settings, ANC, Transparency, and both features off. Transparency filters in ambient sound so while you're walking down a busy street you can hear those cars flying by and won't accidentally end up in a dangerous situation.
The battery life is incredible as well. We didn't have to charge them up until about five days after my first listen. Beats claims 22 hours of ANC-on listening time and up to 40 hours if you turn off ANC and Transparency. 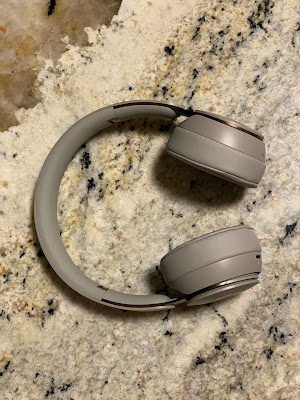 The ANC is also very good on phone calls and the onboard microphones did a decent job based on them being where they are on the headphones.
Design wise, they are both Beats and Solos. They look the part and keep on brand. BUT, there are huge upgrades to materials and subtle changes, like the metal (rose gold color in this case) trim and on the part that extends for better fit.

They come in multiple colors from light to vivid blue, black, ivory, red and like the pair I have, grey.
Fit is not a positive though. The headband really created fatigue on the wear. Although they fit well on an average-sized head, when scaling up to a larger-sized noggin created a lot of pressure on the headband that pressed against my heads.

The soft inner lining of the ear cup is comfortable. It is not the ear cups, which are some of the softest, almost memory foam like material we have seen on headphones, it is the rubberized headband that creates the discomfort for us.
Probably just a large head thing. Maybe its my hair. My wife has no issue at all.

The Solo Pro is a monster upgrade from the Beats Solo 3 with better material, H-1 chip support and noise-cancelling. The EQ balance is much better for the majority of listeners. If you like the Beats Curve a lot, you might not like these. We have grown up with Beats and feel like, at 34 years old, the Solo Pros are a great step out of the Beats Curve. 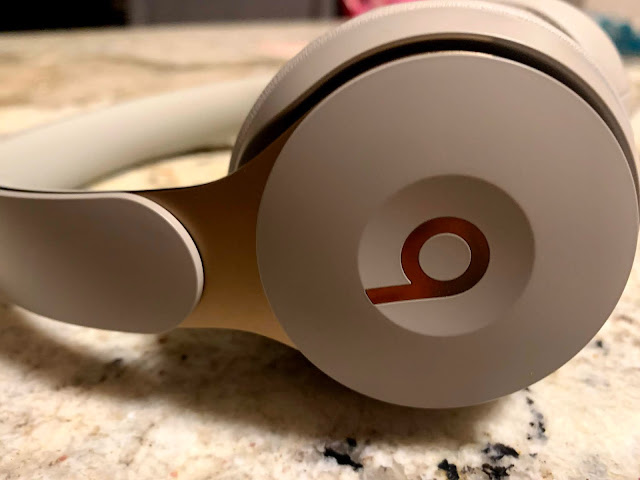