on April 05, 2018
LucidSound pulled out all of the aesthetic stops with the LS25, an amazing looking wired gaming headset that will work on anything with a 3.5mm jack. We tried it on the PS4 and here is what we thought.

HOW DO THEY LOOK AND FEEL?:
It is a strong looking headset. Right out the box it is bold and striking. The big circular ear cups are held in place by a aluminum band, and the red accenting give an aggressive look. On top of that look is comfort, the most important thing in gaming headsets. 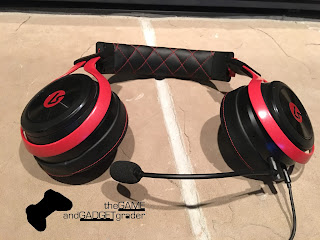 The ear cups are heavily padded but not to the point where they create heat and sweat situations. They also help distribute the weight around your ears, preventing any pressure points from developing and creating a secure fit to any head.

The headset has a stitched  headband that relies on  notches rather than elastic headbands like some other companies. You can fold the ear cups to make the headset more portable, but the device is still pretty bulky.

What sets the LS25 apart from many of its competitors is how it integrates controls into its ear cups. Most notably, the left ear cup itself is the volume dial. Turn it forward and back to adjust the game sound. The right ear cup clicks in a similar fashion and is the microphone mute control.

The included boom microphone and roughly 4 ft long 3.5mm cable both detach from the headset for storage and travel sake. But don't think this thing breaks down to be travel friendly.

HOW DOES IT WORK/SOUND?:
In typical LucidSound fashion, they sound great thanks to large drivers. Hardly any bass on the LS25s though, which we thought was a very different approach. 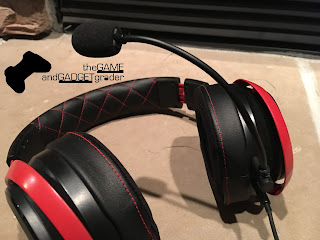 Frankly, we think it pays off. We heard sounds more clearly and most importantly, more precise directionaly than with other headsets who pound the bass. It seems like these are the monitor headphones of the gaming world and with the LS25 directed at the esports crowd, this makes total sense.

The downside here is that they are pretty quiet. The headphones are turned all the way up and the system controls on the PS4 are all of the way up and its not quite where I want it. Not sure the reason, but it is something to note. 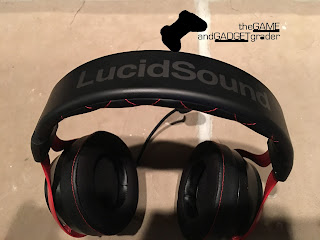 The boom does a much better job of controlling background noise and the OD mic picks up everything. Not sure why they even included it. The boom still isn't very sharp and will pop Ps and struggle with S sounds. You aren't doing radio or podcasts with it, but it is still noticeable.

One of the main selling points of this headset is the fact that it can be used with any console. From phones, to tablets, consoles and PCS, the LS25s connect using a standard 3-pole 3.5mm audio jack.

Overall, for around $75, you get great sound and comfort and a style that LucidSound only brings. The mics are subpar but the value of an all-console gaming headset might be worth it. 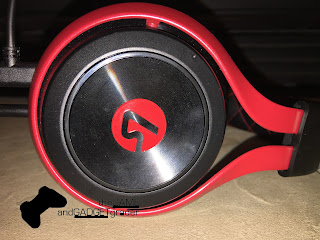