on November 26, 2017
AR and Star Wars. A match made in (standing in your living room swinging at nothing) heaven. Here is our review of Jedi Challenges from Lenovo. 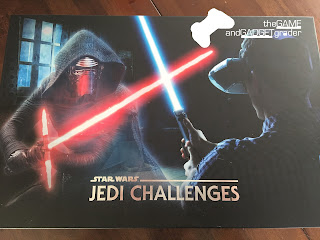 First lets start with what you get. The set comes with a AR headset, replica lightsaber, a tracking beacon, and a few USB adapter cables to make the connection between your phone and the headset.

Jedi Challenges is powered by a free app available on the Google Play Store and App Store that is downloaded onto your device. Lenovo sent us a Moto Z2 Force to use for the review to insure that we could use the headset and app. We will briefly cover the phone but focus on the headset. Just make sure you look into your phone's capability with the app and setup.

Jedi Challenges' highlight are those quintessential lightsaber battles with Star Wars baddies. But you can also play Holochess and even a tower-defense game. Lenovo made sure Jedi Challenges was deep enough and had a little something for everyone. 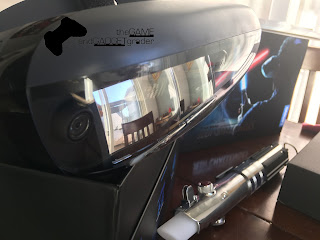 The Mirage headset is a nicely built and strong statement piece to the set. The headset is easy to put on and adjust to your head size. We were able to pass the headset around to three different people without having to adjust the size and maintain a snug fit. The phone sits in a tray in the headset and is connected to the the Mirage with a supplied micro USB.

The Mirage, lightsaber and tracking orb all do an incredible job of motion tracking. Every movement is true to life and gives an immersive feel.

The biggest "wow" moment was when we opened the box and saw the lightsaber controller for the first time. It looks EXACTLY like what you see in the movies and that gets the Star Wars juices flowing. All of those little details show that Lenovo and Disney had the fans in mind with this. 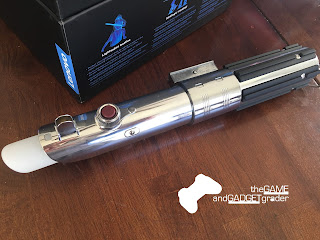 To get you in accumulated with the game the game does a good job of training you at many stages throughout the lightsaber battles. The trainer, or Archivist projects out of nowhere and into your headset overlaid on the room you’re in in AR fashion. Every lightsaber action is accurately portrayed although it does end up a bit crazy if you swipe too fast. You have to make sure you hold it straight and press the assigned button on the saber to realign everything.

After you pass your training you move the Holocron projects a solar system of six planets: Naboo, Garel, Lothal, Hoth, Takodana, and The Core. Passing each planet starts with two levels of henchmen and repetitious blocking and slashing. But getting through that opens up the boss battle highlighted by Darth Maul, Darth Vader and others.

A combination of blocking, dodging, parrying, slashing and force powers will help you defeat all of the baddies that you come across. Those powers are unlocked and learned through additional training as you unlock.

Graphically, Jedi Challenges is decent, considering it is your phone held inches from your eyes and AR magic. Some of the animations are jittery when characters get close. But all in all, this is a holographic simulation so it works. 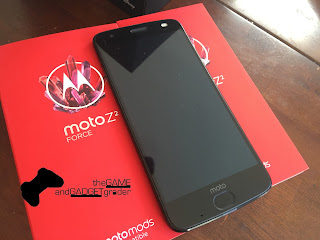 The phone that Lenovo provided, which also has Lenovo guts, played the game really smoothly. We didn't use it for anything but the app but the display is sharp and the phone is really light and has great battery life.

On top of the light saber fighting, Jedi Challenges also has a RTS tower-defense game and the holochess, which was really just a throw in. The tower-defense game is challenging because your troops and weaponry that you need to assign to spaces are all laid out on the floor around you. This forces you to look around you to avoid getting overtaken.

The challenges aren't really that lengthy, the meat of it being on the lightsaber battles. Maybe some updates and new planets will give the game someone a reason to fire it back up other than to show off to friends and family. We had fun during Thanksgiving passing it around, but for the owner, the game isn't as deep.

Jedi Challenges is fun. It is a fun party game that immerses you and gives you the power of the Jedi. For $199, it is not a bad bargain, just make sure your phone works with the headset and app first.
Augmented Reality