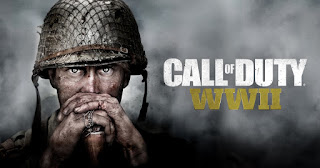 A return to form, and that is great for gaming. Call of Duty WWII harkens to our last favorite Call of Duty game, World at War. I think that let's you know that we were not fans of the last few CODs. Jet packs aren't our deal and the idea of double jumping hasn't crossed our mind since the first Halo.

Tough crowd, I know. But Activision and Sledgehammer games brought Call of Duty back. From a strong story and visually superior campaign to a return to glory in the multiplayer mode. And who could forget a finally familiar Zombies mode. 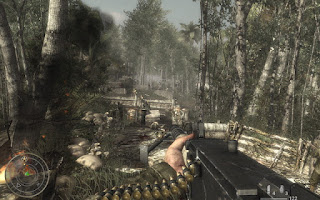 Shooters need to focus on campaigns. We love Rainbow Six Siege, a lot. But shooters need to have a strong campaign. And CODWWII does. Clocking in at around the 6-7 hour mark on our first playthrough on the Normal difficulty setting, there would never be enough. You take on the role of “Red” Daniels, a part of the 1st Infantry Division. The campaign gives you another close look at WWII history and struggle with run ins at the beaches in Normandy and many other big moments in the second great war.

New gameplay mechanics are introduced to this Call of Duty. Players no longer regain health after a certain amount of time and must instead rely upon health packs, which are provided by squad mates. Ammo is too. This is a shock to the system and required some getting used to. But it made all of the trenches, holes and cover that more important. It gives you a better appreciation of the level design. Squad mates can also provide grenades, binoculars and other items based on the mission.

The only thing we wanted was more. More layers, more missions. Just more. But thanks for getting your groove back.

Multiplayer
After playing Battlefield 1 and Siege for so long, it took a lot to get back and used to COD style, quick twitch FPS multiplayer. The feel is familiar to the recent CODs that we didn't enjoy all that much. Why are the maps so small? Why so few players on each team? Guess we got used to BF1.

All of that griping out of the way, it does feel new and yet very nostalgic. It reminds us of World at War, could be that it was the last WWII based game, or that it is that good.

COD breaks the weapons into different Divisions so players have the option of picking from each. You are forced to pick one from the start (you are still able to unlock all the others after you pick your initial one). Each feels and plays differently from each other as you would expect with the different weaponry.  I like to snipe, as tough as that is in smaller maps, so I played as part of the Mountain Division, which focuses on long guns. As is the case with all COD multiplayer games, there is a great deal of customization options within each divisions. That gives you the chance to make each gun your own and experiment to find your right play style.

The biggest addition is a place for your avatar to hang out in between matches, called Headquarters, something that we saw in Destiny. You can do daily/weekly challenges to earn in-game currency, test out new weapons using the gun range and go 1v1 with another player. It's really not that big of an additon, I feel it just keeps you busy while you wait to connect to servers. There really isn't enough time to do much at Headquarters between matches without having to leave the lobby. 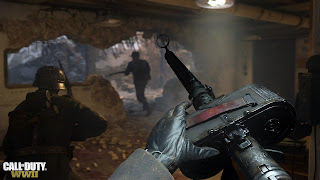 Multiplayer has your traditional game modes like team deathmatch, capture the flag and domination. but there is one big addition, a mode called Rush that feels a lot like Battlefield's Rush or Operations modes for those familiar.

Attacking players push to complete all three main objectives, which include destroying objects, refueling tanks and more. Defenders are trying to stop those actions before time runs out. UNFORTUNATELY, in all caps, there are only THREE maps for this mode as of review. Please add more because this is the most in depth COD has taken multiplayer EVER.

Zombies
Zombies are back with some depth themselves. There is a story to the mode that features a group looking for artifacts. Teamwork is key to figure out the puzzles that are put in front of you. It is more than run and gun but requires remembering symbols and solving the puzzle whilst dodging the undead. It is a whole other survival-horror game that is dark and unforgiving. It almost feels like a bonus game for the $60.

A short but well done campaign with a jetpack-free multiplayer and a deeper zombies experience really make this the game of the holiday season. If you have walked away from COD in the past few years, give WWII a try. It is a true return to form.

*For FTC purposes, we have to disclose that Activision provided us a review copy of the game.
call of duty