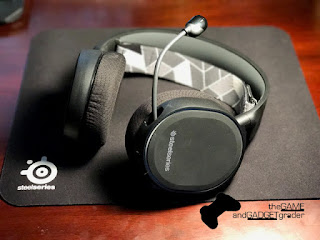 Boasting their label of “Best Gaming Headset”, SteelSeries is back at it again with a new set of headsets. This new set includes 3 different “tiers” of technology, ranging from pure plug and play, to a fuller experience in the wireless set. Fresh out of the box, the Arctis 3 is impeccably clean in appearance, and maintains a fairly slim profile, making them instantly attractive for mobile use, which is very simple due to the AUX plug’s versatility.

Quickly after trying them on the first time, it felt like I wasn’t really wearing a gaming headset. The package is not just nice, but it is also reusable and a great container for storing your headset when not in use. 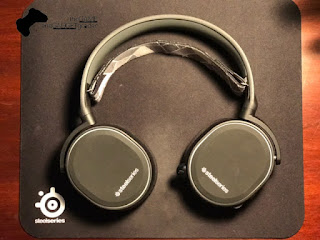 Build:
The build quality of the Arctis 3 is truly all around. The band does not seem flimsy, nor too rigid to bend properly to adjust. The suspension band built into the headband is insanely comfortable and makes the fit just right for everyone that has tried the headset on.

Continuing down the band you come to the pivoting earpieces, allowing the headset to lay fairly flat, which would make it ideal for packing in a backpack or some travel bag, making them much less likely to get broken.


Performance:
Using basically just an AUX cord, this headset is very simple to get up and running, requiring no outside peripherals to function. After a quick plug, the sound starts to pour out of the 7.1 surround headphones, giving you an instant advantage in games where sound is key. The sound balance overall is nice to say it plainly, but it felt as though a touch more bass in the balance would be preferred. That being said, the SteelSeries 7.1 Surround Sound, as labeled on the package, work phenomenally well when trying to pinpoint enemies, especially over multiple floors, or determining whether they are in a hallway or a room. 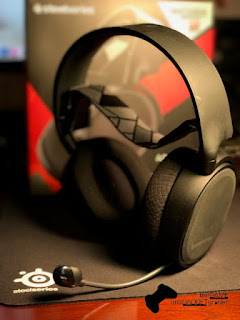 Communicating these locations, you determined from the speakers goes out in quality through the bidirectional microphone, allowing your voice to be heard clearly, even in those frantic situations.

The only downfall I have found with the microphone is it can tend to be fairly sensitive, yet other times not, therefore not picking up full sound when the neck of the retractable microphone is bent away slightly.

The primary downfall for me personally is the fact that the headset either draws a lot of energy from the controller (PS4), or it interrupts some of the controller’s wireless signal somehow, causing the controller input to lag drastically and can ruin the experience in shooters and fast paced games in general.

This is not a problem strictly with this product itself by any means, just tends to be a negative in all around experience when playing games on console, no matter the brand or product. 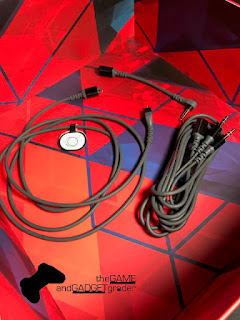 Final Thoughts:
This set has taken me on a ride to sounds of games I have not heard, except with high end headphones. This headset is a fantastic bridge between cheap and great quality, meaning that it provides a solid price without skimping on quality of the build. I would recommend this headset, and hope that the other higher end sets have even better quality, that would continue the crown of “best gaming headset”.