The Idea Center Y900 is the latest in PC gaming from Lenovo, utilizing some of the most powerful parts and accessories from Razer. Over the past few months we were lucky enough to get to work with them to review this beast of a PC. 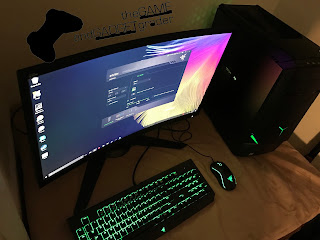 The Razer Blackwidow keyboard is one of the best mechanical keyboards on the market, add on the Blackwidow Chroma and it can't be beat. I literally spent hours having fun completely customizing everything from the LEDs to the macros. The Razer software makes it fun and easy for anyone to get the most out of their keyboard.

Easily create different profiles containing different color schemes and macro setups for different games that can be switched with the press of a button. The Blackwidow also features headphone and mic jacks, along with a USB port built into the side for easy access.

Razer Mamba Tournament Edition Mouse:
The Razer Mamba is the perfect pair for the Blackwidow Chroma. Like the keyboard, this mouse is fully customizable from mouse acceleration to the pretty lights. What I really like about the mouse, some might disagree, it's the button layout, two on the side, two up top and the scroll wheel, a simple 5 button mouse, it's all you need. There are no extra tiny buttons or anything like that. And of course every button is customizable, and easily worked into profiles along with the keyboard.

Lenovo 27” Curved Panel Display
This curved monitor from Lenovo is great for gaming or just watching a movie. The curved design and full HD makes it very immersive and brings all games to life. The monitor comes with a mount that is easily adjusted to the perfect height and angle for optimum visibility. While the large 27” screen is great for gaming of all types, it is also great to lean back and enjoy movies and TV. The monitor comes with 1 HDMI port, 1 digital display port on the bottom and 2 USB ports and an audio port on the side for easy access. 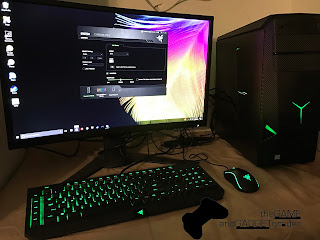 As for memory, 16gb of RAM, a 256gb SSD and a 2TB HDD is all included. The solid state drive makes for an incredibly fast startup time and with 2TB you'll never run out of space. Easily connect speakers and wireless controllers with built in Bluetooth capability. Customize your built in case and fan lights along with your keyboard and mouse using the very user friendly Razer software.

Gaming and performance: From top to bottom this is a hardcore gaming rig. Any game from Minecraft to Battlefield 1 looks and sounds astonishing with the Ideacentre. You'll never have to worry about low frame rate. A gamer should never have to compromise between graphics and frame rate, and with the Ideacentre you don't have to. One of the most challenging parts of this review was trying to get the Ideacentre under 100 frames, it's not an easy task with such a high tech rig, and we weren't able to do it once. 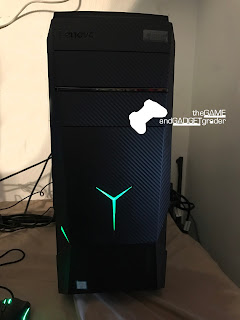 During the review process, one game that I played a lot of was Rainbow Six: Siege. Rainbow Six can be a very demanding game with its fare share of explosions and map destruction. Even so, with all settings as high as possible, the Ideacentre doesn't skip a beat, keeping up a cool 100 frames. The curved monitor really helps get immersed into the game.

Kerbal Space Program is another game I played to test. Its a sandbox games chalk full of crazy physics and wired lighting. Strapping as many rockets as possible to a single vehicle and then launching it into outer space might make some gaming rigs stutter or even crash. But not the Ideacentre from Lenovo. Not a single hiccup from this beast as many rockets split off and explode upon impact in brilliant display of graphical and processing power. With all the settings on ultra of course. One thing is for sure, this rig can take a beating.

Final Verdict:
The Ideacentre Y900 from Lenovo is one of the most powerful gaming rigs available. Armed with top of the line hardware from NVIDIA and Intel, this powerhouse delivers the highest quality graphics and gameplay. With a sleek look and and incredibly customizable parts the Ideacentre really will turn some heads.

I would definitely recommend the Ideacentre Y900 to any gamer, beginner or veteran.