External battery chargers are becoming a must have accessory these days. Many companies make them so the how do they stand out? Design, function and size, which leads me to our review of the Lumsing 10050 mAh Power Bank.

HOW DOES IT LOOK?: 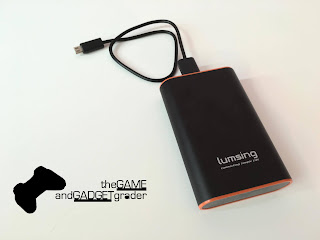 The charger comes in three colors, black, silver and gold. We received the black for review. Its a solid feeing charger. weighs 7.33 oz, which you will notice in your pocket or bag. But its not bulky, its size is really because of the battery capacity of 10,050mAh.

That size allows it to charge an iPhone 6 four times, a Galaxy S6 three times, and an iPad Air almost once.

There are four blue lights on the unit that show capacity of the charger. The charger features an input and two outputs so you can charge two devices at once.

HOW DOES IT WORK?:
With such a large battery inside, the 10050 mAh charger charged our Note 4 almost three full times. The included micro USB also discharged very quickly making this a great travel charger. There is also a run to make these devices more functional to the users, Lumsing added a not overly bright flashlight to the equation. Just hold down the power button for three seconds to turn it on. 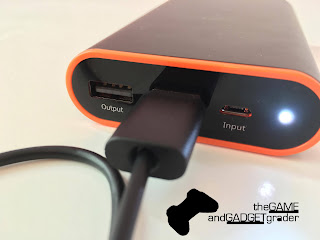 One down side is that you will need to turn on the device every time you plug something in. Others we have tried will just discharge when plugged in. Not a huge issue, just a note really.

To charge the battery itself you will need about six hours from completely empty. Not bad, just throw it on over night.

Overall, its another charger. These are becoming very common and cheaper every week. At $14 on Amazon, either its a great deal or something will go wrong down the line... Based on how common this technology is, I bet its just a good deal. 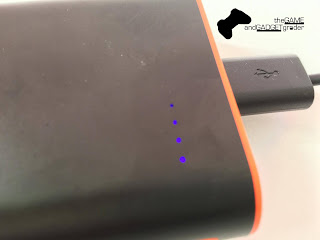