Look and Feel: Coming fresh out of the well-made and simple box, this headset has some punch in the looks field. This headset is very stylish and you cannot even tell that it is in fact a gaming headset at all, who would even think a gaming headset would actually look this good?

Most people sitting at home with their typical gaming headset wouldn’t consider bringing their headset out with how some of them look these days, more function over form often. The elegantly sturdy construction of this headset is definitely something anyone would be willing to take out on the streets, and have it serve as an “all in one” wonderfully comfortable high end headset/headphones. 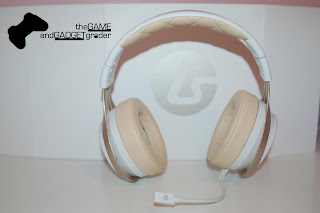 Audio Quality: Depth, clarity, and balance are the first words that come to mind when looking to describe the quality of sound this headset produces, AND creates. Not only do the speakers put out a great balance, the detachable boom mic provides a crisp voice to your team, leaving absolutely no static and a complete lack of ambient sound for the team to listen to. This headset is wonderful in environments where sound is not only a tool, but also an asset to victory such as high-level play in games such as Call of Duty, where the need to process location of footsteps and gunfire is a key to victory. 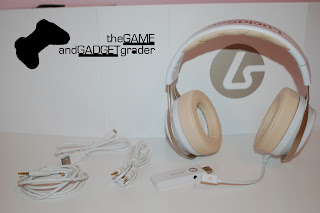 A player can hear an enemy easily, even with obstacles such as walls in between them. Sporting adjustable volume controls on the outside ring of the ear cups, it is simple to drown out player chatter with a simple twist, or eliminating it completely with a mute button just for chat. 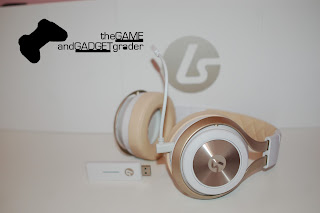 On the other end of the spectrum, the simple plug and play aspect of the standard 3.5mm headphone jack, to a cell phone or any music player, gives that versatility that this headset has brought to the table being the “jack of all trades” in audio. Even without using up the battery power when using the headphone jack, the 50mm speakers still put out clear sounds, including a nice bass depth that is well balanced with treble and mid ranges. Even without the fantastic boom mic, there is still a built in mic for use with cell phones typically, which also provides a nice clean output for fielding calls on the go.

Overall, this headset would take the place of two separate pieces in an audio arsenal, putting those up to dry. This acoustic masterpiece works with PS4 and Xbox One, as well as simple compatibility with PC and Mac. With three selectable EQ modes, there is really only one that is dramatically better than the others, which is a small bass boost mode. This form and function headset will be pushing the market in a new direction, forcing others to rethink their designs and bring forward a new era of practical gaming headsets. This gaming headset is a wonderful product, and would be a great recommendation to any gamer out there

Cons:
- Optical plug in front of console that goes to the back, awkward
- Short charging cord, impractical for use while charging 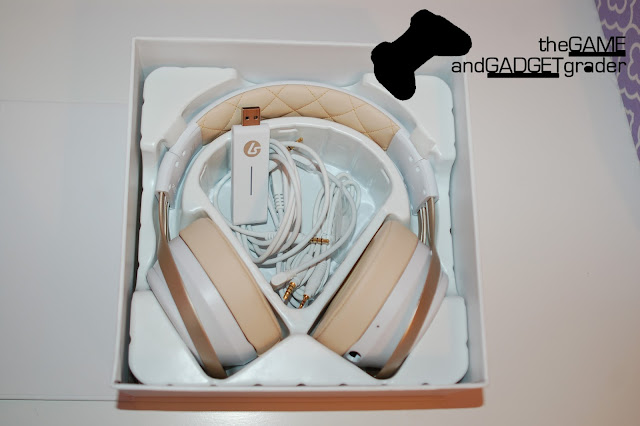