on April 13, 2016
The world of cheap earbuds didn't have an identity or name. Now it does. People want cheap headphones for working out or stuffing in a bag. Now there is a breath of quality to that segment of the market, BrainWavz. 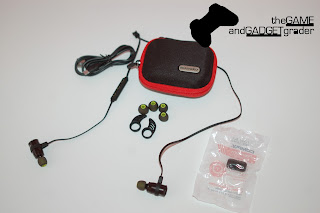 Let's change cheap to inexpensive for the sake of semantics too, cheap is a bad word.

HOW DO THEY LOOK/FEEL?:
They look bulky for starters, but they don't feel it. They do stick out of your ears a little more than we are used to, but they are secure. They almost defy gravity and physics in that way even during jogging or running.

The bullet design is a nice look, a solid look. The length of the rubber cable seemed short but ended up aiding in the secure fit, there was less flopping around. The length of that flat cable is adjustable based on your comfort needs and it keeps the both earpieces together all the time. 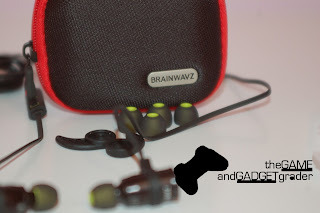 The BLU-200s come with ear hooks, feel secure without them but only get more secure with them. Not needed for our ear orientation, but nice to have. Even though the earpiece looks unusually large, it fits very well in your ear with the soft ear tips included. You get three sizes plus a bonus set of Comply foam tips S-400 in the box, which are like the standard for noise-cancellation.

All in all its a basic look. Clean, polished and large. They won't stand out and look obnoxious, but thats not their job.

HOW DO THEY WORK/SOUND?:
Its rare to find a bassy pair of earbuds. Normally the speakers are too small to produce the kind of low tones some love. That is not the case for the BLU-200s. These are a bassy bunch. The bass feels a little much from what it should be, yet it is so much under control that it doesn’t get muddy even for bass heavy songs. 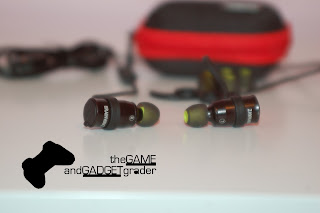 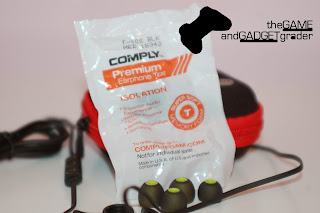 Mids and lows are the most prevalent, highs get kinda lost. Vocals poke through but the tone stays "colder." One of the big knocks we have on these is that there is no track control so you can't skip between songs. Double tapping the middle button on the in-line controller is for answering calls or redialing.

The top and bottom buttons are volume rockers and the middle button is for Play/Pause/Power/Pair. The mic was pretty good for the price point and the call functions
worked well.

A nice addition is what is included in the package. You get the four sets of ear pieces, ear hooks, charging cable and a nice hard shell case for it all to go in. It’s a very high-quality case, with proper holding pockets and built with high attention to details.


Battery takes about one and half hour to get fully charged, and it can go 4 to 5 hours on consistent usage or 300 hours of standby time.
GRADE: B+