on December 21, 2015
Plantronics entered gaming space a few years back with their GameCom series of headsets. We actually have reviewed a previous 777s and the Commanders but we are back with the 818s. 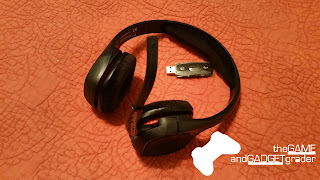 These are the first wireless Plantronics gaming headsets we have tried and the boast a 40-foot range, 10-hour battery life, a noise-cancelling microphone, and compatibility with PC, Mac, and PlayStation 4. All for an $80 price tag.
Comfort/Appearance: 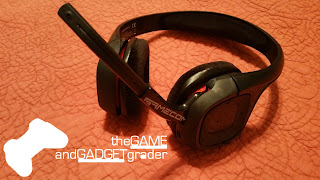 Plantronics fitted the 818s with thick, velvet-covered ear pads and an orange and black color scheme. They also feature a left-hand-sided collapsible, noise-cancelling microphone features the GameCom logo in light gray on its base. They are very light weight, which is a positive in the longevity department. They can be worn for hours on end. I tested them watching Furious 7 and playing about 4 continuous hours of Fallout 4, they needed some OCD adjusting, but never hurt or felt loose. There is a tad bit of pinching onto your ears if your head is larger, not enough to hurt, but you might feel it. The headband was comfy though. 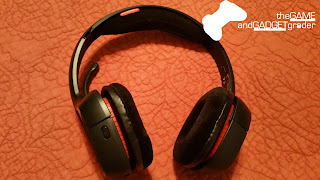 The GameCom 818 pumps sound through a pair of 40 millimeter drivers. No fake surround sound here, just good ole' stereo, something others have. Connecting is easy, it uses a USB dongle and has a range of about 40 feet, which is good for bathroom trips and treks to find sustenance. It charges using an included mini USB cable. Because its plug and play, its lacking any EQ controls. Understandable at the price point, but frustrating for tinkerers. On the left ear are track controls and volume controls, similar to an in-line controller found on wired headsets. Missing though is an easy way to mute input and output audio. You can disable the microphone but rocking it back into place along the headset's headband. 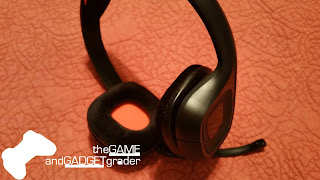 Comfort maybe an issue based on your head size, but sound is good no matter your brain holder's girth. Those 40 millimeter drivers flawlessly cranked out, rich, midtones and even supported bass quite well. We like bass on the G&G Ger, but if you don't, the 818s can be a little bass heavy.

The process of controlling the volume has a big and loud downside, a annoying beep guiding you up and down.

Audio output was pretty good as well. A clean and clear conversation was had on Google Hangouts and Skype. With a boasted 10 hour battery life, we were never able to top that, so you will probably not have an issue there either.