on January 06, 2013
Ahh, the most successful entertainment release ever... CODBOpsII or just Call of Duty: Black Ops II.

I am a know Battlefield fan, believing that BF as a franchise is developing more over each release. Could that be because there have been fewer games released. Call of Duty seems to launch one of their two series every holiday season. But this isn't a comparison so lets throw BF out of this. On to COD.

Like most COD reviews, because the way the game as developed, we will break this into three parts. Overall, Campaign and Multiplayer.
OVERALL:

Graphics and sounds are just like all other Call of Duties. Excellent. The guns sound so unique and on point. Granted I have never heard ANY of the guns used in BOII, they seem real to life in recoil and sound. It all adds to the feel of the game. 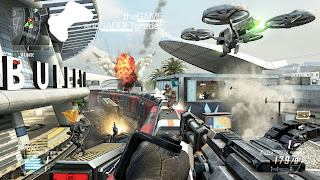 As mentioned graphics continue to excel. The campaign takes you through some vast areas and the landscapes look beautiful. Call of Duty was always superior in this department, but it hasn't really pushed the envelope and gotten better. The graphics and looks were mastered a few games ago and it seems like complacency has taken over, or the theory that "when something is not broke, don't fix it."

CAMPAIGN:
Taking a page out of Ubisoft's Tom Clancy: Ghost Recon Future Soldier, BOII goes into the not too distant future of 2025. You welcome back some big characters from BOI to make sense of the time frame and happenings between the two titles. BUT, the story felt jumpy because it literally did, sending you between flashback missions during the Cold War and back to 2025. A lot to keep track of because fathers and sons are involved, people grow up, have nicknames, made my head spin at some points. 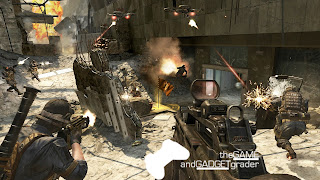 It was an intriguing story if you could figure out who was who and why they hated each other. The campaign had its fair share of twists and surprises but the most welcome addition was the non-linear way in which it could unfurl. The game was the same as all other CODs, except that you now have the ability to dictate how the ending plays out based on decisions you have made. Do one thing and it changes the outlook of the whole game. Kill this guy, or don't, side with them or not, it all plays into the ending. I believe their are six different outcomes. 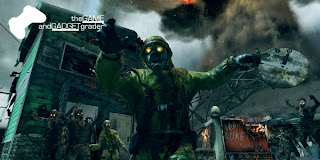 Character acting was quite good. Making the story feel more approachable and real. Another constant in the franchise.

MULTIPLAYER:
Here is where I think Call of Duty Black Ops II both makes its money and continues to not make changes. But the billions of dollars say don't touch it. But when will gamers? And how do you make the best multiplayer experience better? I don't have the answer, I just know it feels old and played out after a while.
If you have played a Call of Duty multiplayer game...ever, then you have played BOII. There are new guns, there are new modes, zombies is slightly better with the addition of a huge sprawling map called Tranzit, but its the same.

Some changes include toning down perks and adding some more diverse score streak rewards. My favorite was the Dragon Fire flying sentry gun that you can remotely control. Notice I said score streak and not kill. Another change.
The Create a Class system has been much improved from the original Call of Duty Series. This time, each perk, weapon and equipment is one point, and you can't have more than ten "items" at any point. So attachments, the weapon itself, grenades, etc. all count against that ten. Forcing you to be creative and make changes based on game mode and map. 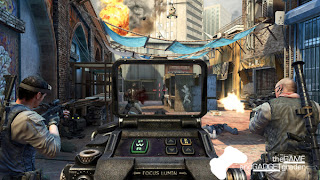 Sniping is more difficult to do because the make up of the maps and weaponry. Not a fan of that because that was one of my favorite things to do.

Treyarch has revamped the Prestige System, there are 10 prestiges and 55 levels. They have worked hard to create almost like what I call the "slot machine payoff theory" of gaming. Give gamers rewards, collectables, badges and other things to separate themselves from other gamers. Each kill has points pop up on the screen, at the end of matches you unlock this, achieve this, etc. Its slightly addictive but it runs its course pretty quickly for me.

The whole thing for me was just kinda "blah." Nothing stood out but the COD franchise is an unstoppable force.

PROS:
+ Another addition into the "can't go wrong" formula
+ Voice acting, graphics and sounds
+ Some small additions to multiplayer
+ Non-liner facet to campaign

CONS:
- Has it gotten stale
- Some small additions to multiplayer