on December 27, 2012
I always wanted to have my TV on the go. Slingbox seemed like it was going to be the solution for many years, but not so fast. Many service providers starting getting into the act as well. Add in HBO GO and similar apps, paired with Slingbox heading into hibernation and everyone thought they were done. But after nearly four years without a new device, Sling Media hits us with this, the Slingbox 500. Lets take a look.
First lets talk about what the 500, like the other Slingboxes, is meant to accomplish. The Slingbox takes what ever video your send to it (video game console, TV set top box, DVD player, computer, really whatever) and more or less broadcasts it over the web for you to enjoy using web browsers or mobile apps. The latter making it more impressive and appealing.

Lets start with the setup. Simply put, its simple! The in-box instructions were simple and straight forward. After we made our desired connections using the included hdmi, component and composite cables, (Slingbox recommends using both due to the copy protection on many cable boxes, that can cause issues in playback) we plugged it into the wall and like magic the Slingbox startup menu showed up on our TV. 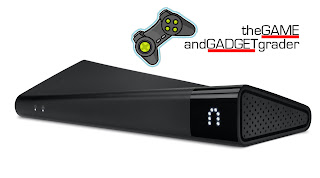 After walking through the easy-to-follow steps to create an account, set up the wi-fi, sources and info about the TV service we use, the 500 was ready to use. Start to finish, maybe ten minutes from making the connections to using the device.

This was the biggest fear of mine, the setup taking too long or being unapproachable. We have set up and used many devices from cameras to computers, scanners to speakers, so we have done this before. But we feel this is easy to use, even for people who aren't computer or tech savvy.

We just mentioned the two huge additions to the 500 over the little brother Slingbox 350, which was also just released. The 500 has hdmi connectivity and wi-fi. Wi-fi allowed us to connect to our Directv box even with the router in another room.


Now on to the other important stuff. How did it work? Just like the setup, it was awesome! Basically the rule here for those that still might be confused is, what ever is available on your TV (or which ever device you are connected to) is available through the 500.

So in our case, which ever channels and services such as DVR or pay-per-view or even on-demand content, is available on-the-go through your Slingbox. This is because the Slingbox is merely acting as a broadcast point that takes what ever is on our set top box and sending it to our devices. Its the controls on the players that really makes everything work.

During the setup, you would have answered what model is your device, hence the Directv remote you see in the pictures. That shows up on the web-version of the player and all of the buttons are clickable just like your actual remote. There are even keyboard shortcuts for all of the buttons to make it easier.

With a little bit of a delay, the buttons change channels, pull up the guide and access the DVR, it even can turn on and off the physical device so if you are on the road you do not have to worry about leaving it on for extended periods or forgetting to turn it on all together.

Because of that, we add this. Its not necessarily a negative but while watching on Slingbox, the TV it is connected to is under your control. This means that anyone watching back at home is forced to watch the same program. Not a huge issue normally but it may come up.

As mentioned, we tested the 500 on the web player and the iPhone (4s) app. We have no complaints about either. The controls on the web player are easier to manage because of the size advantage compared to a phone, but everything you need is there. You have the ability to change the quality of the stream based on your connection speed. When the iPhone fell into 3G we pulled it back to SQ or standard quality to insure the video would continue to play at the expense of quality. The web player, based on connection, would pump out HD quality with bitrates near 1,000.

One more thing to add, or in this case, go back to. We mentioned the remote during the setup, but this is a strong indication that maybe Slingbox wants to get back into the mix and become a major player for many years. Slingbox is no longer just a place-shifter, meaning it just throws your TV signal from one place to another, the box is going to be upgraded to provide access to content stored on a USB-attached drive, as well as content from other sources. Maybe this is where an outside party like Netflix, YouTube or Hulu comes in. But as of now you can use the SlingProjector to view photos from iOS and Android devices on your TV with video to come.

Ok, at $299 it's kinda pricey. Tack on $15 a piece for each app between iOS and Android and it gets even more so. But the ease of use and dependability makes our Slingbox experience a good one.

PROS:
+ Easy to setup and use
+ hdmi and wi-fi make it future friendly
+ Apps (although expensive) allow you to use all over with different devices

CONS:
- Pricey
- Quality based on connection (no way around this but if you have a bad connection, this won't make your day)
- Other services push to make this tech extinct