on December 09, 2012
The idea of Bluetooth, small-ish earbuds was an exciting one for us. Think of all of the possibilities and freedom. Plus from a company in Plantronics that has produced some great BT products lately. But is it all worth it?


The biggest thing we would want from something that is meant to be portable, simple enough, make them small and light. Check and check as PT sets a good tone right out of the box, pun actually makes sense here. The incredibly small and amazingly light, BackBeat GO BT wireless earbuds come in two colors, black like our set and white. 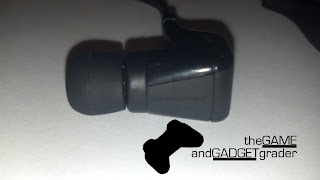 The size and early indication of build quality, these look like they will stand up to what earbuds are meant to do. Tasks like, tangle in pockets, get shoved in backpacks and purses and much more. 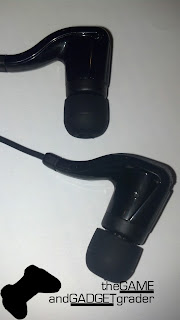 One of the down sides on the design side is the long cable that connects the two ear buds and loops behind the head or under the chin. Although it is made of thin, flat rubber, the cable droops a little low and becomes a little intrusive.

The ear buds, which come with three sizes of cushioned eartips and two stabilizers for a secure, comfortable fit. That is true, even when you do the one thing that we all thought would be perfect for the GOs. Working out! In my ears they stayed pretty well as I hit the treadmill.

BUT, the rubber loop that connects the two ear buds hits your chest as you run is annoying. Another issue is what some users have claimed on some message boards, the GOs don't stand up to moisture and sweat and some users even claim to have fried the GOs after just a few uses working out. Obviously, it hasn't happened with us, but we will let you know if it does.

HOW DO THEY WORK/SOUND?
First off, these are earbuds. So sound really isn't their thing. The small real estate on them doesn't allow much in the way of dynamic sound. What these do is be decent in most situations. Nothing will be outstanding, but nothing sounds so awful that you want to get rid of them. Tons of mids but that is to be expected. 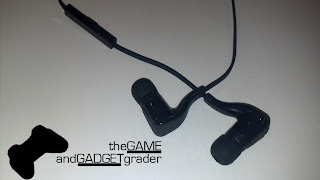 The down side to the sound is that they don't get very loud. Not sure why, but that is very annoying as well.

An important addition to the GOs is a convenient inline controller that lets you manage calls, volume, play and pause music and skip tracks while your device is elsewhere. Also on the controller is a microphone that actually wasn't half bad. 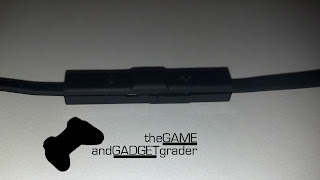 A big downside is the battery life. You'll get up to 4.5 hours of listening/talk time and 10 hours of standby time. Pairing and switching is also easy to connect to each device.

CONS:
- Why such a long cable between the two buds?
- Sound is blah
- Battery life
- Doesn't get loud enough