on August 17, 2012
Bluetooth headsets are extremely popular. States make them mandatory while driving, so there has been a great boom in the tech and design, plus they are just make your life easier. Jawbone has been making some nice sets for some years now. Here is a look at the ERA. 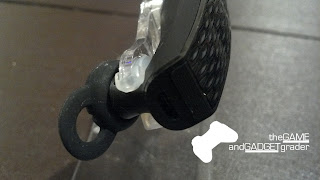 We received the Shadowbox color option for the review, but they also come in what Jawbone call Midnight, Smokescreen and Silver Lining. We were immediately blown away by the packaging. The clear plastic top gave potential buyers a good look at what they are getting. 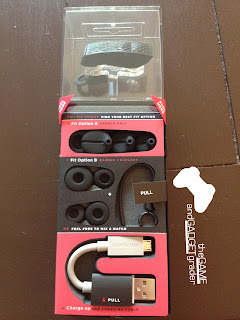 And right under that, the surprises begin. They include a ton of add ons and accessories. You get four different sized Spout and Round earbuds, a Binaural ear loop for extra stability, a USB to micro USB charging cable that will also connect to the included A/C wall adapter and a carrying case.

The looks on this thing are what helps it stand out. The cross-hatched and almost grille looking front face is a Jawbone staple. It really makes it stand out. The sleek design and curves also don't hurt either. Even if you throw on the ear loop for stability, which I do when ever I review a set that has one, the set maintains its looks with the added flange.

The one place that I will knock headsets is on comfort. And again we have that issue. The ERA wasn't comfortable for extended periods of time, of course BTs are meant to be worn. I tried all of the ear pierces and sizes, still wasn't really happy about the fit. My ears are my ears. These seem to be a little on the large side so the smaller ear pieces felt better, but I figured it was worth a mention.

Along the device you have the talk button right above of the micro USB slot. On the bottom of the headset is the little black nub, also known as the Voice Activity Sensor (VAS). Around the VAS is an LED Ring that changes color to indicate various modes, like pairing and battery indications. 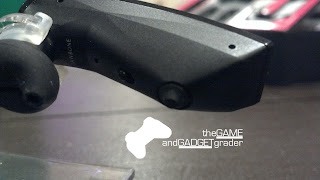 As we mentioned the ERA has two types of earbuds, each in four different sizes, with hopes to fit as many sized eats as possible. First is the round style, the traditional type you see on almost all other headsets. But also included is my favorite, the spout shaped one which is designed to push the audio directly into your ear.

On to the functionality now. The ERA really boasts its NoiseAssassin 3.0 noise-canceling abilities. Basically the idea is that the ERA will adjust the level of your voice based on the noise level of your surroundings, making it ideal for loud settings and driving with the windows down. But did it work? Well yeah, it did. While driving on the highway, although it was slightly difficult to hear the person I was talking to, they said they couldn't even tell I was in my car, let alone on the highway with the window down.

The set also has "HD Audio" in the form of a 10mm speaker, which is 25% larger than previous Jawbone BTs. Sound was loud, almost wasn't loud enough in the car, but thats tough for a one ear device that really isn't meant for that. Sure it streams audio and sounds pretty good, but I never understood using BTs as headphones for music. 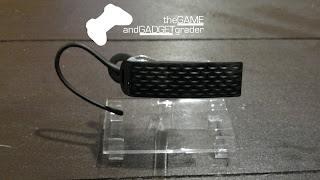 Different from most, the ERA includes something called MotionX, which encompasses two neat features based on the built-in accelerometer. The first is ShakeShake, which if you shake the ERA four times it goes into pairing mode, making pairing a breeze. After you are paired and say you aren't wearing the device but its on and the phone rings, just pick it up, shake it twice, and it answers the call. Not sure how much of a use that is, but the good news is that the shaking is very actuate and works like a charm.

The second movement based feature is another poorly named repetitive feature. TapTap allows you to, while wearing the ERA to just tap the patterned front surface twice and it answers an incoming call. Tap twice again and it ends the call. It worked well and was very actuate with touches. 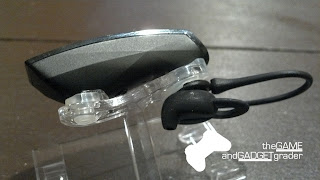 We found the battery life to be great on the ERA. It charges quickly and will hold a charge for about two weeks if its turned off in between uses. But also the ERA flexed great battery life when in use too.

Range is also a big point of contention for BTs. The ERA was pretty good. I was able to go downstairs (ranch style home, so not that far) and into rooms with little or no interference or signal loss. Line of sight always is best but its nice to be able to be free to move.

CONS:
- Only one ear piece was comfortable for me