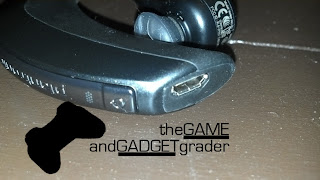 This is our second Plantronics item, the previous (The BackBeat Headphones) were more meant for music although they had a nice set of speakers and mics. This time, we had a chance to try something that was a little more dedicated to the calling and answering part of phone calls and use. Here is our review of the newest member of the PT family, the Voyager Pro HD.

First lets start with design. This is one of the bigger headsets that we have used. The behind-the-ear discomfort is not the issue, its the way it pushes your ear out and makes you look Dumbo(y). On the positive it weighs practically nothing and the housing is perfectly designed to slip over and balance on your upper ear. 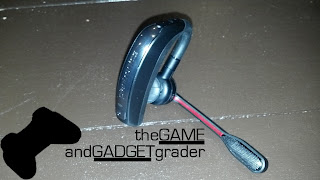 In typical Plantronics fashioned, they have cut down on the buttons and mapped a couple functions to each. Other headsets require finger Twister to pair and use.

The Voyager Pro HD, like many headsets now, is capable of A2DP so you can steam music, podcasts and even the GPS functions. The speaker and playback audio is where this headset takes the biggest hit. We have had issues with connectivity at seemingly normal usage distances like 10-20 feet. The audio would cut out or sound scratchy at the best. In pockets or your lap it was fine, but didn't perform well when we would move around a room.
The microphone is supposed to be noise-canceling and by all indications, it is. Calls to others, and even when I had others call me with it, I was amazing at its clarity. Most of it had to do with the mic arm being so close to your mouth. But this was the highlight of the Pro HD. 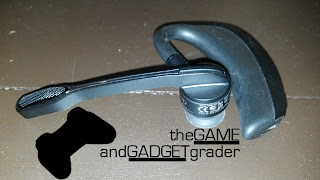 One of the cooler features of the Pro HD is that it senses and can recognize when the headset is being worn. If its on your ear, the phone will it will route the call to the headset. But if its off your ear, the call will stay on the handset. Nice, so now you don't need to continuously wear it, but the question is where do you put it otherwise.
Battery life is phenomenal, in excess of four hours talk time and it will get days on standby. Charging is via a standard microUSB port, so this is great for other those who have other devices.


PROS:
+ Mic quality is great
+ Build and weight make it nice to wear


CONS:
- But not a fan of the look
- Scratchy and unreliable BT connection at normal distances