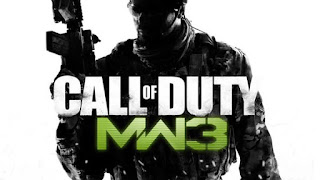 It has been the biggest release in entertainment history, part of the most well known video game franchise of the last decade, on pace to become a household name that be second to only Mario games. Its Call of Duty and its back on top.
Last year, with the release of Black Ops, I was concerned that the CoD brand was going to take a hit. I was a gigantic fan of Battlefield BC 2 and had high hopes for the rerelease of Medal of Honor. Black Ops, to me, was just okay... Good enough to keep fans engaged in the CoD way, but not an earth-shattering release.
Fast forward a year, Medal of Honor flopped, Battlefield 3 released to minimal fanfare. And then Call of Duty MW3 launches to the tune of more than $775 million over the course of its first five days on the market, a figure that broke all theatrical box office records, followed by all book sales records and of course it broke all of the video game sales records. And although I wasn't high of Black Ops, the funny part is that Activision actually broke their own record, selling $550 million worth of CoD BC when it first came out last year.
So there is the end result of this release. Lets get back into the game and see what makes it a Game of the  Year candidate. 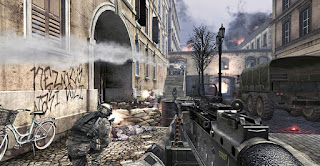 Like many games that don't have a ton, if any, competition, CoD could be rightfully accused of suffering from a general lack of innovation. But as most people say, if it aint broke, don't fix it. Not a noticeable change in gameplay to speak of. All of that considered, this is still a top notch experience, maybe second to none for a shooter. Everything still feels extremely sharp and in complete control.

The biggest knock on the last few CoD games has been the single player. To (possibly) put and end to the ongoing story, MW3 puts you in the shoes of several different soldiers as they fight in different conflicts to bring an end to World War III. Russia has invaded the USA and then follows on by attacking Europe. All of this has been masterminded by the Modern Warfare series bad guy, Makarov, an ultra-nationalist Russian whose sole intent seems to be to bring the world to ruin. the story is so confusing at times, you really have to come to terms with it not being a steller enveloping experience. The story is there, its not great, but like a Michael Bay film, enough stuff blows up for you not to care. 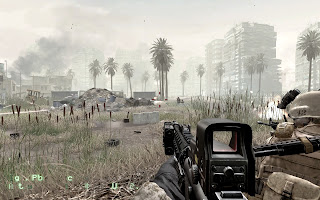 MW3 has done away with the stealth missions of 1 and 2 where you had to make your way through a level without being spotted. These missions and games like the original Splinter Cell, were too boring at some parts. There are some incredible moments in the single player missions that provide some exciting gunplay with incredible set pieces to back it up.

The best part of the single game, is the sound and overall look of the settings. Shooters lately have really stepped up the audio aspect of the game. The graphics are unreal at points, the destruction and landscapes are mind-blowing.

Now, the bread and butter of Call of Duty is the multiplayer. This is where the changes come in, and with its popularity and the sales numbers, Sledgehammer really had to knock this one out of the park. And they did.

Much like the last one, Spec Ops makes a return, this time adding a survival mode as well as the usual roster of two player missions, some of which are borrowed from the single player but are all more compelling as a friend can join in. Its a new way to play the game, for those that want a blend of multiplayer and the mission. Its great for the holidays when you visit family and still want to play the game together.

The competitive multiplayer though is worth the price of admission. It is safe to say that almost every gamer has player one of the Call of Duty titles. The formula has stayed the same and that is an amazing feat to keep it fresh and stick with what works.

The biggest addition is that of support class kill streaks, streaks that are more about defense (SAMs, counter UAVs etc..) and are easier to achieve because even when you die, your streak is not lost and you can still get some pretty nice rewards, all based on aiding other members of the team.

The developers worked hard to cut out glitches, to ensure that the maps, weapons, perks and kill streaks make for as fair and balanced a game as possible, and the results are impressive. Its the cleanest version of the multiplayer yet, Activision keeps making strides and isnt letting the fanbase down.

There is a lot to the sales numbers, something must be right here. And the game is a fantastic multiplayer experience that makes the game worth the price. The single player is not up to some of the past games, but gives you a chance to practice for multiplayer. Even if this game is a rehash of other CoDs, this is the best one to date. In short, if you have liked any of the other games, you will love this one, especially of you enjoy the multiplayer.