on July 16, 2013
We had a run on great products and great reviews.... Screeching halt. I really tried to like the Jabra Clipper, but it just didn't make sense to me, and frankly, didn't really work as it should. This Bluetooth wireless headphone, not sure what to call it, so I'll go with "thing," had great potential but let me down.


DESIGN:
Its the size of a flash drive, and that's good. The size and look of this thing had me excited about the possibilities. A metal belt clip wrapped with a rubbery outer layer. 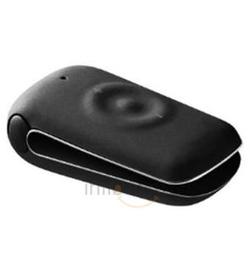 The buttons, if you look above, are pretty simple. The middle bump serves as on/off and play/pause while the up and down control volume and tracks. Much different from other track controls we have seen before, the Clipper requires you to press and hold up or down to change tracks and tap those buttons to control volume. Different, but it was okay.

On the right shoulder is the 3.5mm headphone jack and on the left shoulder is the charger port for a mico USB. There is also a microphone on the front above the controls that will basically turn any headset into a wireless bluetooth headset capable of making and receiving calls.

Now for the issues. The jaws on this thing are almost impossible to open, making it tough to slide onto a belt or pants. I mean, really hard. Also, in an attempt to get them open one time, I tried a little too hard and separated the rubber from the metal, it won't fit back the same.

The included headphones sound nice and actually fit well, but they are incredibly short, for no apparent reason.

The build quality just doesn't seem like Jabra. They make some great stuff, this seems like they had their step brother handle this one. Actually, during this review, I was messing around with the Clipper and twirling it in my hands and the little lip/door that covered the charge slot popped off. Odd.


HOW DID IT WORK?:
Well, terribly. For starters, this thing will NOT get loud enough. Supplied headphones, other expensive cans, home theaters, it just restricts the volume for some reason. Huge downfall in my eyes because, like the Backbeats 903+, I wanted to use these to do yard work, including cutting the grass. I could barely hear the songs over the lawn mower. That's an issue.

Another reason I was excited about this product was being to use my own headphones and have the source device elsewhere. Nope, not here. The conductivity range of this unit is awful. I was this to allow me to place my iPod or Blackberry safety away from the mower blades or just out of the way, doesn't work. 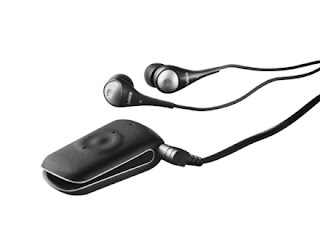 With the 3rd Gen iPod Touch placed on a table and the Clipper attached to my shirt, (using the included headphones whose cable was way too short) I took three steps and then started to experience signal loss. That is about five feet. Not even close to the 33 feet that Jabra claims. So then I put the iPod in my pocket, thinking it would solve the issue. No, with the iPod in my pocket and the Clipper on my shirt, chest area, the iPod would still cut out if I turned a certain way.


With the iPod in one hand and the Clipper in the other, the thing would even cut out with my arms extended to their full wingspan (I'm 6-4).  It just flat out doesn't work. At that point, you might as well just plug it in to the iPod or Blackberry.


The sound, when it did work, was pretty good actually. The issue is that that hardly happens with out the connection dropping.


PROS:
+ Its small
+ You can use your headphones
+ Sound, when it does work, is pretty true


CONS:
- Won't get loud enough for me
- Build quality leaves a lot to be desired
- Cuts out at about five feet, making it almost worthless


GRADE:
D-
I realize that this becomes the lowest graded item yet, but I was really disappointed by the Clipper. I have found a semi-redeeming use for it though. I connect my iPod to it, then use my AUX jack in my car to connect to the Clipper, which gives me wireless playback of my iPod in my car. Kinda cool, but not worth the price or hassle.