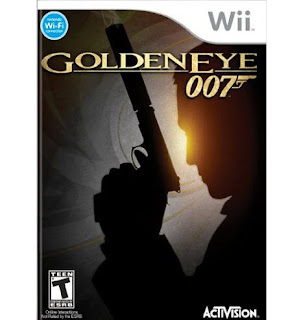 OVERVIEW:
One of the greatest games from your childhood is back and updated for the Wii system. GoldenEye 007 had been around the block and had been a hit “party” game for over a decade. Coming to Wii: Good or Bad?
Overall the game play is still there which allows you to relive the first great first person shooter. Along with the new aim style that the Wii brought with motion sensors and the point and shoot style, which indeed is a fantastic addition to the game, the all-new online play has brought easier competition to the game.
I had a chance to play around with GoldenEye 007 for Wii a bit, and at first I was scared about certain aspects. Not changing any settings, I jumped right into the first mission on the campaign and was distressed having an extremely hard time aiming, thus taking like 10+ shots per enemy to even hit the guy. This is nothing to fear, considering the aim style in game was set to the more “expert” or “hardcore” mode, which made the remote very touchy, and I mean extremely touchy. With the change of a few settings I was much more effective in pinning down enemies and there was less metal on the ground by my feet. 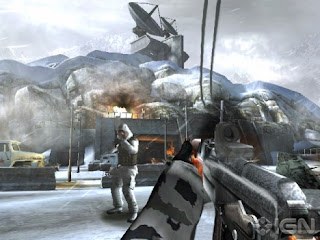 STORY:
The original story is upheld with great integrity in this remake. Not playing the original in about 10 years, the story/objectives seem to have changed ever so slightly. In addition, more objectives and utilities have been added, from what I can remember atleast. The levels seem to be very similar with some added details to bring it into the 21st century.
GAMEPLAY:
Incorporating the new features of the Wii game system and the improved graphics, the game felt smoother and more realistic, which is what the Nintendo is aiming for here.
The original campaign is still intact with a few added parts, along with the original difficulty system with increased complexity, leaning towards players with past 007 experience.
Other than these few differences, there is not much change from the original. Paintball mode is still included along with other fun mods within the game to keep to the original.
LASTING APPEAL:
All around still the fun “party” game from your childhood with a bigger bang. Having not actually played the local multiplayer like I had back with the original (4 friends/family hanging out), I did like the addition of the online multiplayer, making it much easier to get that connection to friends, even if they are just down the street or across the world. This new online feature for multiplayer greatly increases the lasting appeal of the game, making it a game to keep around, due to the random urges to replay, even just for multiplayer (online or with friends).
MSRP:
$49.99 or $69.99 (with gold classic controller)
PROS:
+ New online feature increases value and playability
+ Fun Factor kept from original
+ Easy to get into the game, Menu wise and action wise
+ Variable controller use
CONS:
- Aim style takes getting used to (if you have not played any FPS on Wii before)
- Graphics seem lacking slightly, though improved
- Certain aim styles very difficult.
GRADE:
A-