on September 02, 2010
Apple sent us a iPod Touch 3rd Generation. We will be reviewing this over time so we can try it in many different situations. The first thing we will talk about is how it compares to the iPod Touch 2G. We have been using a 2G for a while and that is the iPod Touch that we used to review all of the cases and other accessories. But now with a new guy in town, we really start to see the power of the 3G. 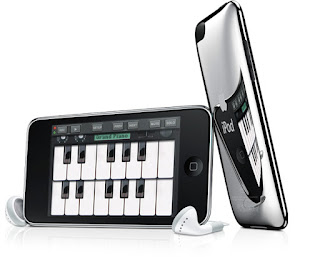 DESIGN:
The 3G is basically the exact same as the past iPod Touch models. All of the buttons and sensors are in the same places, weight and the dimensions are also exact. But how does this design make this the best media player in the business?

Well its the amazing touch screen and the sleek style. The touch screen is the most responsive we have used. It is accurate doesn't require a ton of pressure to activate. By this time, you have used or own an iPod Touch or iPhone and know exactly why this is one of the best, if not the best, touch screen available.

The dimensions and weight also make this easy to carry and use. Watching movies on that beautiful 3.5-inch widescreen display is easy because of the four ounce weight. With a great 480-by-320-pixel resolution, yes some phones and other devices have better resolutions, but those don't function as well as a touch screen.

The inputs are in the Dock Connector, which is for syncing and charging and the 3.5 mm (standard headphone jack) input for listening.

HOW DID IT WORK?
Of course here there are so many things to cover.

First how it compares to older Touch models. The 3G is about one second faster on start up than the 2G and the browser loads up almost two seconds faster on the 3G. So the extra processing speed allows all things to happen faster on the iPod Touch 3G. 800 MHz on the 3G and only 533 MHz on the 2G (which seemed like enough before we touched the 3G), that difference is really exposed when you use them next to each other.

Many people feel that the single button at the button of the screen is imposing as a catch all of controls. But like we mentioned the touch screen is so good that the main button is just used as a "back" or "home" button to get you out of menus and back to the main screen.

Apple has really perfected the menu screen with big and organizable buttons for apps and core programs that are either downloaded through the iTunes Store or are included on the 3G.
You can group apps that you have downloaded into different pages, such as one for games, media, news apps, the possibilities of organization are endless.

We also noticed a difference in charging time and capacity. Both were better than past models. Charging via USB to computer system or power adapter, which is sold separately, you can get a fast charge in about two hours which will fill up 80% of battery capacity. And a full charge is has taken about three and a half to four hours.

Then when you use that battery we were so happy with the outcome. Apple says you will get about 30 hours of audio on a full battery, we averaged almost 35 (not continuous because I don' have 35 hours to listen to music). But two hours here and there will get you about 35 hours in total. Now when you play games while listening to music, that number drops to about 12 hours on average. As for videos and movies, the battery is listed to average six hours of playback time, but we saw about eight hours or three and a half movies. All of those digits are noticeable better than the previous iPods and other media players that we have come in contact with.

iTunes, also being the best in the business, makes using iPods easier than any other media players. Loading songs in folders and other clunky media managers pales in comparison to the ease of loading up your iPod Touch. The same is true with the 3G. If its on your iTunes it will go on your iPod no problem, there is no guessing if that file format will play or not. The Apple friendly H.264, up to 1.5 Mbps, 640 by 480 pixels, 30 frames per second format is what will play on your device. But you can use programs like iSquint or other movie editors to maximize the formatting for the device.

The same goes for music. If its on your iTunes, just sync your device to that iTunes and it will be there. Using the iPod is so easy. No wondering where options and settings are. They are all under "settings," no wondering where a song is, you can search the entire iPod using the new search option. Also, one of my favorite things is the ability to play other songs from an album without having to go find it. For example, say a song comes up while you are shuffling through and you want to hear a song that is also on that album. Well, there is an icon in the top right corner of the screen while the song is playing, it shows the album artwork of that song. Just click on that and it will show the rest of the songs that you have on the iPod from that album, so just scroll through and find the song. It makes finding the right song easier and faster.

PROS:
+ Does and plays everything
+ iTunes makes syncing and putting different files on the 3G so easy
+ New bluetooth capabilites make it so you can use that BT stereo headset or BT wireless speaker system
+ Great screen and touch screen
+ Price drop and increase in capacity this generation
+ Faster and smoother processor in the third generation

CONS:
- Lack of flash support (FOR NOW)
- We dare you to find something else that is consistently wrong with the most popular media player in the world
THIS IS MEANT FOR...:
- Everyone, this is the best media player that money can buy