on July 06, 2010
OVERVIEW: Casio, yes they make more than just calculators and projectors. They also make some darn good, and simple we might add, digital cameras. And here is one of them. The 14megapixel beast they call, the EXILIM Zoom 550.

DESIGN:
Its proud to be small and simple. Casio kind of played it safe on the design. But for those looking for a small pocket camera, its still has come personalization options in the form of five color choices (Red, Pink, Blue, Black, and Sliver) to help you stand out from the crowd.

It combines a usual mix of metal and plastic in its construction and does feel solid when gripped. The size of the Z550 is such that it will feel almost swallowed up by your palm.

Strong build, but there is not much to grab on to because of the sleekness of this small guy. Be thankful for the included wrist strap, and use it. 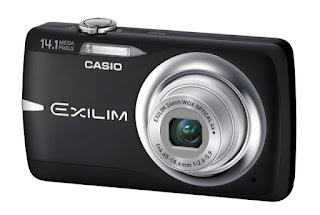 HOW DID IT WORK?:
The "BS" (tough acronym usage there Casio) mode is a god send that gives you access to 42 pre-optimized scene and subject modes. It plays with settings that aren't able to be changed by the user on the camera to utilize the best settings for the scene you choose. Of course you still can change ISO, flash, focus areas, exposure, white balance and many of the other simple tweeks that are found in most cameras.

But the Z550 isn't for the professional photographer, and Casio knows it. Its an entry level camera that is made to be simple and attract a wider market. Girlfriends, parents, tweens and grandparents alike will find the menus and button layout to be simple and friendly.

We consider ourselves to be a little more savvy in the tech and camera world, and the "BS" presented a fun and easy way to set up the best shot. Why miss the perfect photo because your ISO was too high or low, just leave it to the pre-programmed settings inside of this unassuming camera. Not saying that we specialize in cameras, but we know enough to know that this makes picking the right settings easy.

The battery charged quickly, so you will be back at it in no time. Plus the camera powers on so quickly, there is no waiting around. Premium Auto mode, which is Casio's version of the auto everything subject recognizing modes first seen on Canon and Panasonic point and shoots. The picture is taken and the software inside determines the best settings for the shot. This will increase the time it takes for the camera to be ready for another shot (compared to the other option of regular auto), but it is well worth the wait.

As you find in many other cameras, there is a face recognition built in as well as a stabilization system.

Videos in HD are 720p at 30 frames a second. There is a dedicated video button on the back so you can switch to recording quickly. The microphone did a good job of picking up 360 degrees worth of sound.

In low light it looks grainy, that's normal. In full and ideal light, it still seems a little grainy, but not nearly as bad.

Navigating the menus and sub menus was easy, explanatory and quick.
UPDATE:
After using the camera for a couple of weeks, we have noticed a big failure with the video feature. On multiple occasions and using two different computers, when we imported videos after filming, we noticed that the audio would fail and stop about two minutes into the video. The video would continue but the audio stopped and either didn't capture or didn't transfer with the video. That is a huge problem and lowers our grade quite a bit. It is still not out of the question that it is something we did or that it is our camera, but using two different laptops and when it happened on multiple occasions, something is wrong.
HOW DID THE PICTURES/VIDEO LOOK?:
The name of the game here is image optimization. The "Best Shot" feature gives even novice photographers the chance to pull a good shot out of the toughest situations. 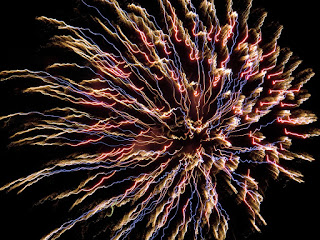 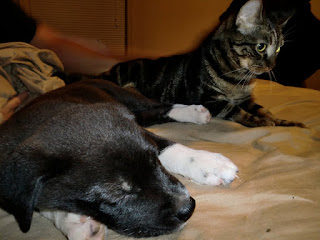 HD Video Sample
The camera will also use a makeup effect to take some of the shininess out of skin in the self portrait mode. This can made the skin look unnatural sometimes, but others it took the shine out so faces didn't look like they are made of metal. When it works correctly, which it does ninety nine out of one hundred times, the pictures turn out great.

We did however notice pixel fringing, a loss of sharpness toward the edges at maximum wideangle setting and have a few white balance issues, especially associated with the flash.

GRADE:
No other camera at that price point will shoot 14MP and have HD video. So you have a winner right there. The consensus is that this is a price buster. Great value camera that is simple to use and has it all.

HD video, easy shooting modes, simple design, we can go on but think you get it. Other cameras will have 14MP, but no HD video. And in 2010, HD video on the go in a small package and a great 14MP camera, great move Casio.

Not many bad things to say. The price is a price we would be willing to pay and get less. Maybe a bigger zoom range and an HDMI out so you can view pictures and movies on a TV, but with that comes a price bump.

The HD video quality could be better. Low light and movement are enemies of this guy. But in ideal situations (bright mid-day light) and you will have some good, not great, high-definition video. But with how good the camera is for the price, HD video is really just a huge bonus.

The 550 is a great point and shoot for a great price. Your young son or daughter wants a nice camera? Go here. Need something simple for your parents? Look no further. Ease of use makes this an easy pick.

PROS:
+ Simple button layout
+ Big 2.7" screen
+ Best Shot shooting modes are great for a point and shoot
+ HD video capability at this price point
+ Everything is quick in the menu and playback interface
+ Great for landscape, group and quick fun pictures

CONS:
- HD video is not very good in low light
- Not the best with motion (still or video images)
- Has uncommon USB cable (not micro or mini) that you might not have around if you lose it

THIS IS MEANT FOR:
- First time camera owners (teens or parents)
- People who are not very tech savvy
- Those who want value
- Anyone who wants a very good camera paired with a decent HD capable video camera
7/10